Established by Thibault Faure, its founder and manager, the T2F Group aims to become a leading consultancy and auditing firm in the Paris and South-West regions, particularly in the areas of accounting, tax, employment, advice and in providing strategic support to micro-enterprises and SMEs.

Our teams in Toulouse and Paris will use their multi-disciplinary skills to meet your needs, in an approach based on key values inherent to our business, such as support and listening, trust, high standards, utility and innovation, with a view to providing a high-quality and effective service. 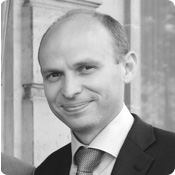 As a result of his experience working on the firm’s files and his numerous trips abroad, he became responsible for English-language files and, in particular, he used his experience to assist clients in the fields of publishing, distance selling, as well as subsidiaries of foreign companies.

Focusing on the south-west of France and, in particular, the Toulouse region, in 2013, he started to grow the firm’s presence in this region. This led to the firm Bergès Expertise Comptable being taken over by the Parisian group.

At the end of 2015, he and his partner decided to sell the Paris firm to develop a new project focused on Paris and Toulouse based on partnerships with high-value-added office managers who were already operating in the Toulouse and Ile-de-France regions. Berges Expertise Audit became BEA and, by taking over the firm Jean-Paul Ruby in 2016, the group continued its expansion and became Ruby.

Convinced of the need to develop his profession and to adapt it to the constantly changing technological environment, he chose this new phase as the appropriate time to introduce innovative solutions to limit ancillary, repetitive tasks, instead concentrating on high-value-added work such as supporting and advising managers at all stages of their project or business cycle.

After 13 years of experience with a Parisian chartered accountancy firm, including ten as client manager in a wide variety of fields, in 2011 David moved to Toulouse as office manager and then partner of a firm with around ten employees.

He developed a network of financial and legal partners to provide clients with uninterrupted, multidisciplinary support focused on advice and close, long-term relationships
Attracted by the T2F Group’s project, he joined BEA in November 2016 to head up the Toulouse office, supervise the local teams and use his professional skills and customer service and relations expertise on behalf of the Group.

Having begun her career at a Parisian firm of around 50 employees over a six-year period, working first on a chartered accounting team before joining the statutory audit department, where she worked with Thibault Faure, in 2010 Landria decided to take an accountancy teaching post at a Paris higher education institution. Having graduated in chartered accountancy in 2013, she started an accounting firm near Paris, continuing to teach at the same time.

With her solid experience working for various firms and her teaching abilities, in 2016 she joined Ruby as managing director. Landria remains convinced that in addition to the need to offer our clients increasingly technical know-how, the quality of our support lies in the firm’s relationship of trust and responsiveness with each of them.